Ideas for the SOTU

A blessing to be busy

Just one of those days when I can't get to blog, but partly because I was just having too much fun sneaking peeks at the WSJ live blog of the Bernanke confirmation hearing. I don't see it as having been rougher than other ones; the most hilarious part is that he is asked about fiscal policy repeatedly -- he at first doesn't answer, gets asked still, answers some, then at the end Sen. Corker criticizes him for speaking too much about fiscal policy.

There's no question in my mind that he'll be confirmed; I'd be long on a contract that paid for every vote for confirmation over 60.

In the meantime, please enjoy a profile of a very special woman in my life. My aunt was the one who didn't live in New England, who treated me with UCLA (NOT USC) gear as a kid, who let me stay at her house when I first moved to southern California and didn't have my dorm room secured yet so she potentially was stuck with nine boxes of my junk, and remains my LA home-away-from-home. She is probably my most liberal friend (in a family with dots all over the political spectrum) who takes a joke as well as she emails one. It is inspirational what she is doing at 78 years old; I hope I can keep up the family tradition of long lives and long careers. Or, to borrow a styling from Larry Miller, REMEMBER: IF YOU WALK OUT OF BED THIS MORNING AND LOOK IN THE MIRROR THINKING "I CAN'T WAIT UNTIL I'M 75 AND still WORKING???", YOU'VE WON THE GAME AND THANK GOD FOR GREAT GENES.

P.S. And I'll be walking out of bed and into a 6am studio for the KNSI Morning Show tomorrow, at least that's it for this week.

A Funny Thing Happend on the Way to the Forum

Featuring a community theatre cast of fantastic actors with a live orchestra, you won't want to miss this hilarious Broadway Musical "Under The Stars." Featuring bawdy slapstick comedy this production is recommended for ages eight and up.

Among those appearing is Mrs. S. I saw the show last night and it's absolutely hilarious. The cast has a great time and the audience does too. Crowd fills in around seven, so if you want to sit up close show up early. (I am a huge Zero Mostel fan, and this is one of my favorite movies. Particularly when it includes Phil Silvers.)

NARN is in studio tomorrow, so please be sure to listen in.

The best candidate for replacing Sen. Clinton has withdrawn his name.

In lieu of mirth, a gift aFoot

Our friends at the Kool Aid Report (who, by the way, would like me to remind you that Learned Foot was the winner of our sparsely-competed Bowl Mania Challenge earlier this month), have been sponsoring a Blogs for Mirth Day. Try as I will, I guess I'm not fly enough to get that FAQ.

On Tuesday the Women's Center at SCSU -- whose ad for this event prefaced their existence by saying they work "with passion and purpose to end sexist oppression" advertised an event on campus titled The Female Orgasm! The exclamation mark was in the title; given the title, it hardly seemed necessary. Event description:

Join us to laugh and learn about the "big O," the most popular topic sex educators Marshall Miller and Dorian Solot teach about!

Orgasm aficionados and beginners of all genders are welcome to come learn about everything from multiple orgasms to that mysterious G-spot.

Whether you want to learn how to have your first orgasm, how to have better ones, or how to help your girlfriend, Dorian and Marshall cover it all with lots of humor, plenty of honesty, and an underlying message of sexual health and women's empowerment.

Again, I have to wonder: Had SCSU a Men's Center, and had it an event celebrating the male orgasm, what would be the reaction of the campus community. In the case of this event, the university yawned.

The couple apparently has made a small industry of these presentations. Undoubtedly the sex education business could use improvement (I have kids, I hear what they think they know ... and I correct when I can), and I guess it's fine to hire out to someone to do this function for you. One wonders why the theme is so, well, explicit, and what it has to do with a Women's Center that says its mission is to fight sexist oppression. They suggest using either a women's center or a GLBTQ-L.S.M.F.T. group to help raise the money, so I will guess this isn't the only time.

I figured I wouldn't pay this program much attention. The ad wasn't all that tasteful, and I figured if I hadn't known what I needed to know in two marriages I was beyond help. However, one bit of excitement (!) was that the flyer said there were t-shirts and buttons. I simply had to know -- what could they be? And so we procured a couple of shirts. 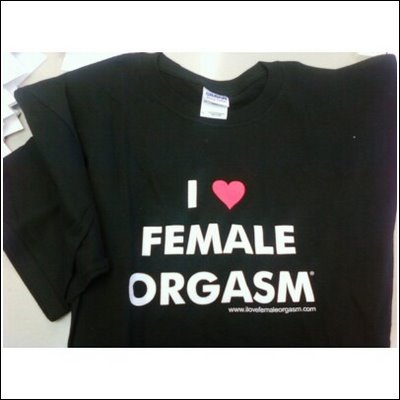 *regrettably these came in large. I had no reports of XLs of these babies anywhere. Maybe XLs do not love them.

To prove we don't know anything about this either

A few listeners of the Final Word are getting together for the ESPN College Bowl Mania pool. We pick the 34 bowl games straight up and then assign the confidence we have in each pick. First bowl games are Saturday (the Eaglebank Bowl!), so if you want in, contact me at comments at (the name of this blog site) and I'll give you the name and password.

Irony of the day

I got an email this hour from the SCSU Health and Wellness Committee inviting me to attend a presentation on funeral pre-planning. Enjoy yourself in comments. Busy day today, but please listen to KVSC at 12:35 when I discuss the area economy and probably a little of the national as well.

I've followed the Republican House funnies (mostly by Rep. John Boehner's blog and Twitter), and Rep. Tim Walberg's comment got me to write a little bit of doggerel. To the tune of the old spiritual Let My People Go (if you can stand midi, this tune) this should be done as call-response, with the chorus singing the italicized line and the refrain in full. The meter doesn't work perfectly, but that's what you get for 20 minutes before class:

REFRAIN
Go down,
Way down in Fruit and nut land,
Tell old Pelosi
To let my Congress vote!

A Xenophobe at The Economist

xen�o�phobe (n.) A person unduly fearful or contemptuous of that which is foreign, especially of strangers or foreign peoples.

From a blog post today at London-based Free Exchange, "in which journalists from The Economist Newspaper, Economist.com and the Economist Intelligence Unit post their thoughts and observations":

I am often accused of "elitism" for supporting free immigration, which is completely baffling on its face, since the reason for my support is the welfare of very poor foreigners.

...Poorer Americans, in addition to having less money, are on the whole also more racist, xenophobic, and sexist than wealthier Americans. "The elite", like it or not, is generally a liberalising influence in politics, and populism can and does take savage right-wing forms.

The writer is clearly xenophobic (both contemptuous and fearful) about those strange and foreign "poorer Americans."

A former student who works for the government collecting data says:

One of my girlfriends is a teacher in Peru. She said that Sunday is the day for the national census, as such they are required to stay at home from 6 am to 8 pm. Ah, to be a data collector in Peru.

I'm glad they're not possessive

A note from a student this PM:

I am not going to be in class today because I have to attend a wake. One of my girlfriends' uncle passed away unexpectedly so as you can assume things have been really crazy this week.

I hope one of his other girlfriends doesn't have a relative die this week, or he might be in some trouble.

To listen to the mainstream media (MSM), one would believe that the ice in the Arctic Sea is melting, polar bears are disappearing and they definitely cannot swim. Therefore, if all this ice is melting, one should be able to take one's yacht and sail across the sea from Asia to Europe.

Brittish Andrian Flanagan wanted to prove the truth of this mantra so he decided to sail his yacht through the Arctic Sea. Unfortunately for him, he ran into an age-old problem: ice. It is still so thick, his yacht cannot make it through the sea. Now he has requested of the Russians to use one of their nuclear powered ice breakers to take his yacht out of the water and transport it over the most ice-bound portion of the Arctic Sea. During his current break from sailing, Mr. Flanagan discovered that the polar bears are doing very well, thank you. And, these polar bears can swim.

The groupthink mentality of the MSM is preventing people from even considering there might be other views related to the CO2 argument. We need to start reading more than one point of view on these issues. This is not to deny that the planet may be getting warmer (then again, we're not sure b/c much of the data used to calculate the rise in the earth's temperature was pulled from NASA records and a Canadian found a major flaw in their calculations - more on this later) but we certainly owe it to ourselves and the rest of the planet to consider options and other information. The argument that CO2 is the culprit and there is no more debate is arrogant and detrimental to plants, animals and other living things.

But Troy Williamson would drop it

The Lord is great, and He works in ways we cannot comprehend.

When John Cornwell graduated from Duke University last year, he landed a job as software engineer in Atlanta but soon found himself longing for his college lifestyle.

So the engineering graduate built himself a contraption to help remind him of campus life: a refrigerator that can toss a can of beer to his couch with the click of a remote control.

...It took the 22-year-old Cornwell about 150 hours and $400 in parts to modify a mini-fridge common to many college dorm rooms into the beer-tossing machine, which can launch 10 cans of beer from its magazine before needing a reload.

With a click of the remote, fashioned from a car's keyless entry device, a small elevator inside the refrigerator lifts a beer can through a hole and loads it into the fridge's catapult arm. A second click fires the device, tossing the beer up to 20 feet -- "far enough to get to the couch," he said.

Is there a foam explosion when the can is opened? Not if the recipient uses "soft hands" to cradle the can when caught, Cornwell said.

I predict a drop in marriage rates; Foot will need a new use for his kid.