Newspapers around the country are running editorials about 9/11. I am leaving on a trip this afternoon, which in part was scheduled as my little way of letting whomever is watching know that fear does not grip me on this or any other day. 9/11 does not overwhelm me.

But that sentiment doesn't seem to be shared by the editorial board of the St. Cloud Times. Their 9/11 tribute, which says the country was "changed forever" by the event, then continues:

Yet six years later, 9/11 often seems like a distant memory. Has America really forgotten? Have we healed? Or are we a nation in denial?

From our perspective, 9/11 isn't so much forgotten or ignored. Rather, it's simply overwhelmed. Ours is a nation facing too many disasters � natural and otherwise.

Look no farther than the borders of our own state.

Not even 26 days ago, massive floods destroyed life as countless southeastern Minnesotans knew it.

I'll spare you the rest: it descends into conflating 9/11 with the Rocori shootings, the attack on the Red Lake Indian reservation, and the requisite Bush-bashing (suggesting they have done nothing to stop terrorism, despite evidence to the contrary.) I fully expect the last; the rest of the page includes the requisite "why haven't we caught bin Laden?" breast-beating, as if taking out that one person would stop it all. That's a failure of understanding; we can argue about this; when bin Laden is cold and dead and another train explodes somewhere with an idiot leaving behind an Allahu Akbar note, one of us will be right and one of us will either admit they were wrong or find another excuse.

But the flooding? That makes it harder to remember 9/11?

A natural disaster is an act of God. (Or maybe not -- the Katrina conspiracy theorists still have a market into which they sell tripe.)

This... is not a natural disaster.

This ... is a natural disaster.

Perhaps the problem is that one of these pictures you will see in a newspaper. (UPDATE: I found the Times' 9-11 essay with a few pictures ... on page 8A.)

The other, you won't. Perhaps the editorialist is confused because she or he doesn't show the 9/11 images in the newspaper. She or he has no problem showing the others. Or, as Andy puts it (thanks to him for the links to the 9/11 images used in this post), "6 years is a heck of a long time for Americans, but our enemy thinks generationally. They don�t base their goals on election cycles. We need to remember that."

Who is overwhelmed? These people? 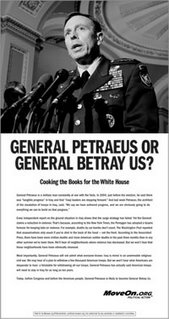 What may be overwhelmed, dear editorialist, is your moral compass.